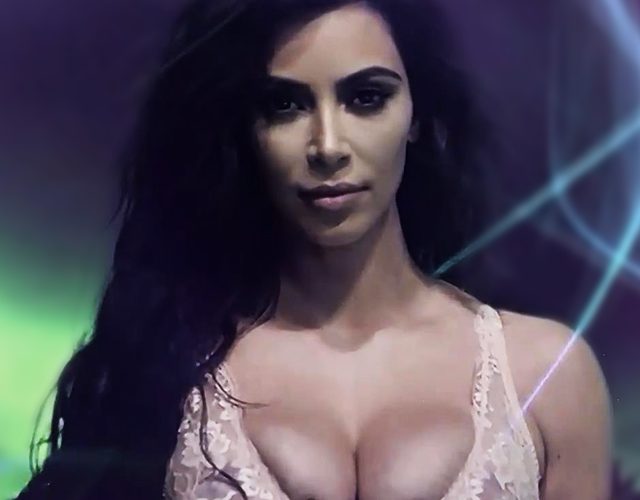 Kim Kardashian, 36, is back in the public eye today, perhaps for the first time since she was held at gunpoint and robbed in her Paris apartment. Kanye West’s wife is the star of Day 12 in Love magazine’s advent calendar, taking the publication’s steamy countdown to Christmas closer to Santa’s workshop with a video set against a backdrop of the Northern Lights.

Kim strikes a series of poses in a luxurious fur coat and tan lingerie. For the majority of the video, she maintains eye contact with the camera while seductively revealing glimpses of her figure.
The video, filmed by Emmy-nominated director James Lima, ends with a well-known message for the holiday season: Peace on Earth.

Love magazine typically shoots the videos in the late summer or early fall, so Kim likely participated in the annual tradition before backing away from the public eye after five masked man broke into her Paris apartment, held her at gunpoint and stole $10 million worth of jewelry back in October. The reality star has also been focusing her time on her husband Kanye West following his hospitalization for exhaustion just before Thanksgiving.

This year’s advent calendar countdown has featured some of the biggest models in the business, including Bella Hadid leading a throwback aerobics-themed video, newly pregnant Irina Shayk channeling Demi Moore doing arts and crafts in Ghost and Rita Ora cloning herself for a saucy rendition of The Andrew Sisters’ “Boogie Woogie Bugle Boy.”